LOS ANGELES — The Houston Rockets have rapidly climbed in the Western Conference after fully committing to small ball. No starter stands taller than Robert Covington (6’7″). Their center is 6’5″ P.J. Tucker.

The NBA has certainly changed. Imagine if Shaquille O’Neal were in his prime going up against the modern-era Rockets.

It might look something like this, his 61-point career high against the Los Angeles Clippers on O’Neal’s March 6 birthday in 2000.

Stopping O’Neal in his prime was a monumental task for the entire league.

“Shaq got dozens and dozens of 7-footers paid,” a former general manager said. “Some weren’t even skilled; they were just bodies to throw against Shaq.” 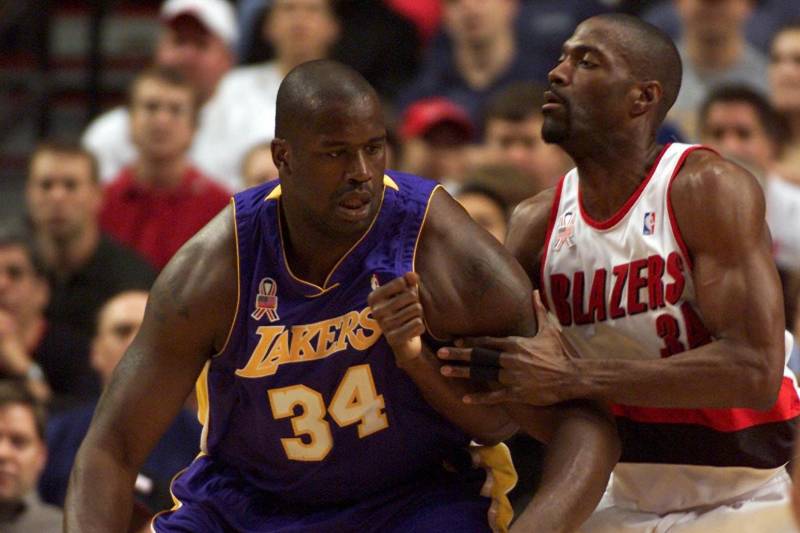 How many true centers are the focal points of teams in the upper echelon of playoff competition this season?

“The [Denver] Nuggets and [Philadelphia] Sixers are both hoping you can still win in this day and age with your center as your best player,” the former GM said. “I don’t know if you can.”

Teams used to exploit O’Neal in the pick-and-roll, even in his prime. When possible, they’d try to match him up with a stretch big, which worked better against O’Neal later in his career when he wasn’t especially mobile. Now, teams are willing to sacrifice size for floor-spacing shooters and switchable defenders.

He’d have even more trouble defending in today’s modern pace-and-space game, but his offensive power would offset his deficiencies. As dominant as Jokic and Embiid can be, neither has the brute power that O’Neal brought to the game as the “Most Dominant Ever,” at least according to one of O’Neal’s many self-given titles.

“I would average more because you can’t foul as hard [in today’s game],” O’Neal said.

And as far as playing against the modern-era bigs?

“You can shoot jumpers, but you have to understand that when you’re shooting jumpers, you have to have your legs. F–k around with me three or four quarters, you’re not going to have your legs,” O’Neal continued. “That’s why every guy who shot jumpers against me probably had a nice one, two or even three quarters. But in that fourth quarter? I’m just going to go into the middle of the block, you’re going to be in foul trouble, so you’re not going to be in the game. And then when you try to shoot a jump shot, I’m going to get up on you. And when you drive by me, I’m going to try to break your arm. I’m going to foul you real hard and get in your head.”

The league also changed the “Hack-a-Shaq” rules in 2016, making the use of the strategy an unrealistic option for more of the game. O’Neal’s biggest weakness wouldn’t go away today, but it would be somewhat diminished.

O’Neal took it personally, the ridicule for being a 52.7 percent career free-throw shooter, but those feelings faded as he began to win titles.

“I just got over the fear of failing, the fear of not ever winning. It scared me. Even though I’m hard, I’m very sensitive. I would hate for people to say, ‘How the hell did you get a statue in L.A. but never won anything?” O’Neal said. “[Now] you can say, ‘You shot 40 percent at the free-throw line.’ I can deal with that because I can come back and say I got three in a row. I got a three-peat … that was always my fear.”

What he regrets is not earning the kind of money players are making.

“I’m so jealous right now,” O’Neal said. “Steph [Curry] is the first $40 million [player for a single season]. I’m happy for him, but on the inside, I’m jealous. I always say to myself, I wish I was 15 years younger.”

The league might not look as it does if that were the case. Small ball may or may not work against Jokic, but the Rockets wouldn’t be trading away Clint Capela if they had to get past O’Neal and the Lakers in the West.

Instead, Houston will try to swarm Anthony Davis, and while he may be one of the best players in the league, he doesn’t have near the size and power that O’Neal brought to the game.

The Rockets will shoot almost 50 three-pointers against teams with size, which they did Feb. 22 against the Utah Jazz, neutralizing 7’1″ rim-protector Rudy Gobert.

The Rockets best exemplify the NBA’s changing game. They’re at the forefront of the analytics movement, and they may even be a true contender this year because of it.

But O’Neal at his peak would simply eat that roster alive.

The Rise of Kevin Durant

The Best In-Game Dunkers of…

The Rise of Paul George…

The Rise of Nikola Jokic…

The Rise of Klay Thompson…

How Good is Bradley Beal?